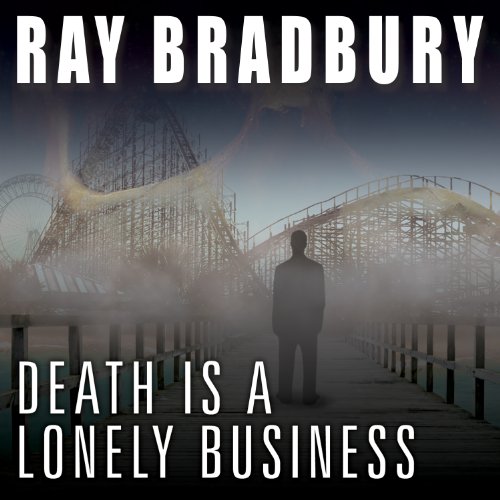 Death Is a Lonely Business

Death Is a Lonely Business

Toiling away amid the looming palm trees and decaying bungalows, a struggling young writer (who bears a strong resemblance to Ray Bradbury himself) spins fantastic stories from his fertile imagination upon his clacking typewriter. Trying not to miss his girlfriend, who is away studying in Mexico, the nameless writer steadily crafts his literary efforts - until strange things begin happening around him.

The writer first receives a series of peculiar phone calls, then finds clumps of seaweed on his doorstep. And, as the incidents escalate, his friends fall victim to a series of mysterious "accidents" - some of them fatal. Aided by Elmo Crumley, a savvy, street-smart detective, and a reclusive actress of yesteryear with an intense hunger for life, the wordsmith sets out to find the connection between the bizarre events and, in doing so, uncovers the truth about his own creative abilities.