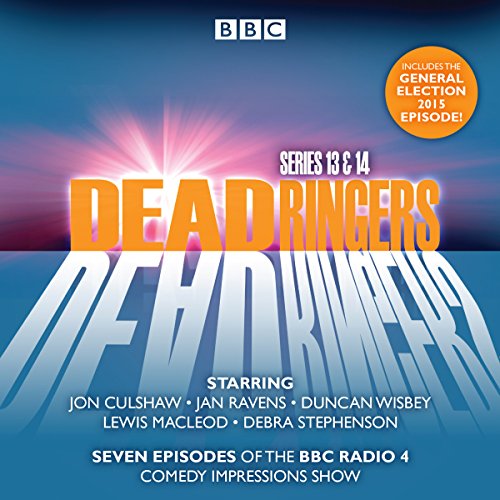 The topical impressions show returns with two more series, featuring the Boxing Day 2014 episode, a Review of 2014 edition and five further episodes from 2015: including the astonishingly bang up to date General Election edition written within hours of the final result and broadcast the morning after.

In these seven episodes, the Dead Ringers team give Crimewatch and Embarrassing Bodies some extra festive cheer; take a sneak peek at the things that will definitely happen in 2015 (how will the UKIP/Labour coalition fare?); and focus on the build-up to one of the most important votes for decades - will Austria win again, or does Britain's Electro Velvet stand a chance?

Plus, Mel and Sue give their double entendres a good old squeeze in The Great British Innuendo; Nick Clegg talks exclusively to ITV News about being held hostage by the government for five years; and Ed Miliband signs off with the song 'Every Time We Lost a Seat'.