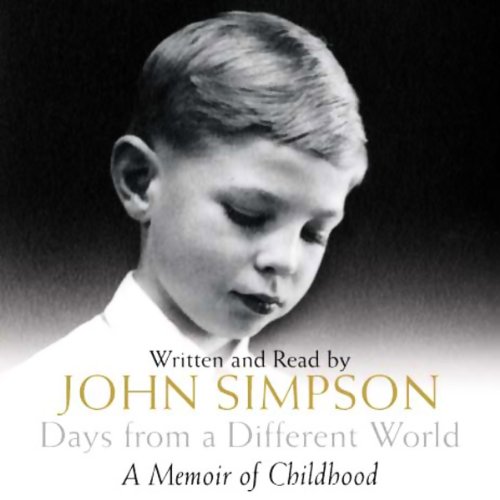 Days from a Different World

"I have already touched on my childhood in Strange Places, Questionable People. But the further through life I get, the more I want to revisit it. I want to look at the whole of my childhood, the England I grew up in and my family."

This is not a mere exercise in nostalgia; rather it is a journey through the England of the late 1940s in all its shabby wonder. It also tells the somewhat strange and often deeply painful story of John Simpson's family. Here we meet his father and his grandmother, who is still living in the small and rather depressing south London suburb that his family had built and dominated, and finally declined with. We meet the great-uncle who returned injured from Passchendaele, unwanted because his injuries were mental rather than physical; the grandfather who drank the family money away and abandoned his wife and children; and the grandfather who toured the country with a Wild West show. We learn, too, of the broken marriages and the unfulfilled lives, of the people who had died, and of the lives that were just beginning. Candid, beautifully written, and touching, Days from a Different World will enchant all those who read it.

"Recollected in tranquillity, Simpson's memories and thoughts are unsentimental and perceptive." (The Observer)
"He gives us an unforgettable gallery of characters....and he skilfully evokes the atmosphere of post-war London." (The Scotsman)