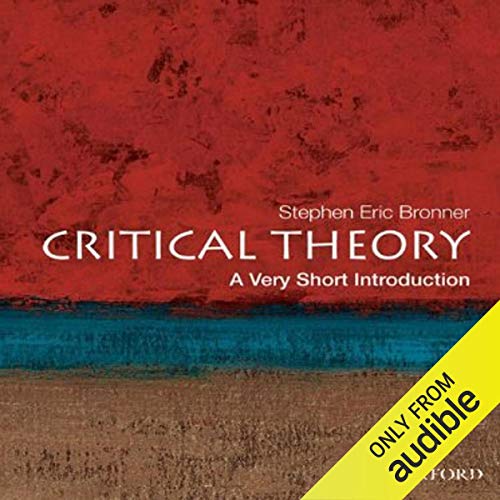 Critical Theory emerged in the 1920s from the work of the Frankfurt School, the circle of German-Jewish academics who sought to diagnose - and, if at all possible, cure - the ills of society, particularly fascism and capitalism. In this book, Stephen Eric Bronner provides sketches of leading representatives of the critical tradition (such as George Lukács and Ernst Bloch, Theodor Adorno and Walter Benjamin, Herbert Marcuse and Jurgen Habermas) as well as many of its seminal texts and empirical investigations.

This Very Short Introduction sheds light on the cluster of concepts and themes that set critical theory apart from its more traditional philosophical competitors. Bronner explains and discusses concepts such as method and agency, alienation and reification, the culture industry and repressive tolerance, non-identity and utopia. He argues for the introduction of new categories and perspectives for illuminating the obstacles to progressive change and focusing upon hidden transformative possibilities. Only a critique of critical theory can render it salient for a new age. That is precisely what this very short introduction provides.

is this a parody of sociological literature?

Many big words and little substance. Most time is spent describing the general views of the members of the Frankfurt school, rarely going into the details of their writings. If you want an opinion (there is little in terms of proof here) on what Adorno thought on different streams of philosophical thought go ahead.

Also why is the reader shouting?