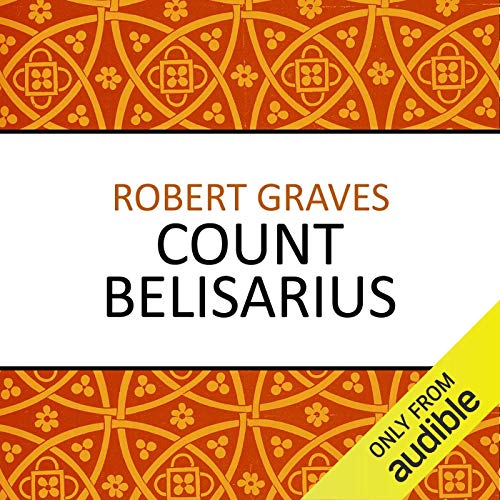 The sixth-century Roman Empire is a dangerous place, threatened on all frontiers by invaders. But soon the attacking armies of Vandals, Goths and Persians grow to fear and respect the name of one man, Belisarius: horseman, archer, swordsman and military commander of genius. As Belisarius triumphs in battles from the East to North Africa, his success causes him to become regarded with increasing jealousy and suspicion. In his palace in Constantinople, the Emperor Justinian, dominated by his wife Theodora, plots the great general’s downfall. Written in the form of a biography by Belisarius’ manservant, this epic historical novel portrays him as a lone man of honour in a corrupt world.

Robert von Ranke Graves (24 July 1895 – 7 December 1985) was an English poet and novelist, scholar, translator and writer of antiquity, specialising in Classical Greece and Rome. During his long life he produced more than 140 works. Graves's translations and innovative analysis and interpretations of the Greek myths, the memoir of his early life, Good-bye to all That, and his speculative study of poetic inspiration, The White Goddess, have never been out of print. Graves earned his living by writing popular historical novels, including I, Claudius (for which he was awarded the James Tait Black Memorial Prize), King Jesus, The Golden Fleece and Count Belisarius. He was elected Professor of Poetry at Oxford in 1961 and made an honorary fellow of St John’s College, Oxford, in 1971.

“Among the most generous, self-willed, unseemly and brilliant writers of our century” (New York Times)
“And so Count Belisarius continues, with one dazzling set-piece after another, effortlessly carrying us back over fifteen hundred years, bringing back to life a whole company of men and women before our eyes… Winston Churchill told Graves that he could not put it down; nor, I am delighted to confess, could I” (John Julius Norwich, historian)