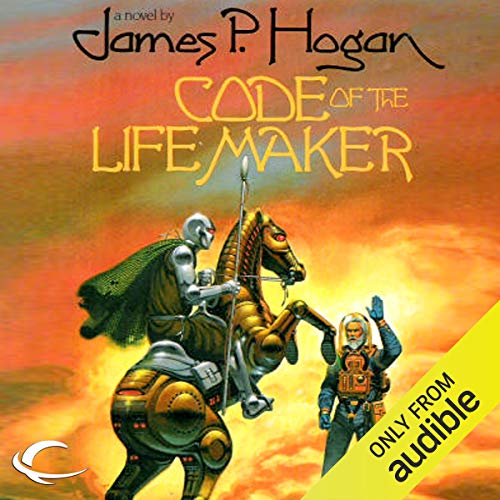 Code of the Lifemaker

Code of the Lifemaker

Once, long ago, a robot factory-ship flew too near a star unexpectedly gone nova. After suffering extensive damage, it continued blindly for millennia.

A million years passed.... Then, in the 21st century, a colony ship destined for Mars was surreptitiously rerouted to Titan...and only the leaders of the military industrial complex knew why.

In addition to its flight crew, the interplanetary transport carried parapsycholoy researchers, linguists, psychologists, representatives of industry, an ambassador...and elite military units from several Western nations. Clearly something was up.

But no one was talking!