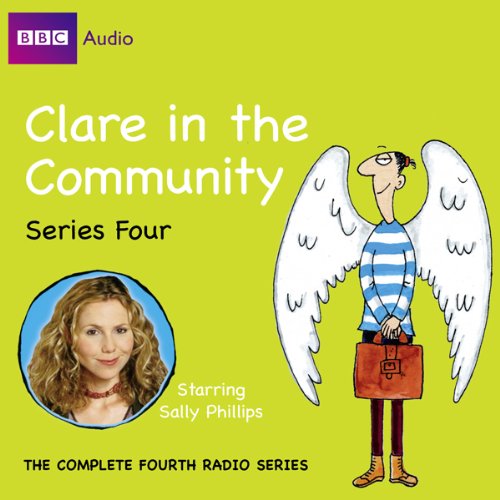 Clare in the Community: Series 4

The fourth series of the Sony Award-winning comedy starring Sally Phillips as Clare.

Splendidly self-obsessed social worker Clare Barker is back in the community and as entertaining as ever in the fourth series of this acclaimed BBC Radio 4 comedy.

In these six episodes, Clare’s mother piles pressure onto her faltering relationship with Brian, Clare and Brian are encouraged to share their interests at couples counselling and nominations are required for the Social Worker of the Year Award. Clare discovers that Helen’s son Gareth is not spending his gap year in Borneo, Brian is amazed that Clare has remembered Valentine’s Day and Ray’s colleagues celebrate his civil partnership.

Sally Phillips stars as Clare, with Alex Lowe as Brian, Gemma Craven as Helen and Nina Conti as Megan.