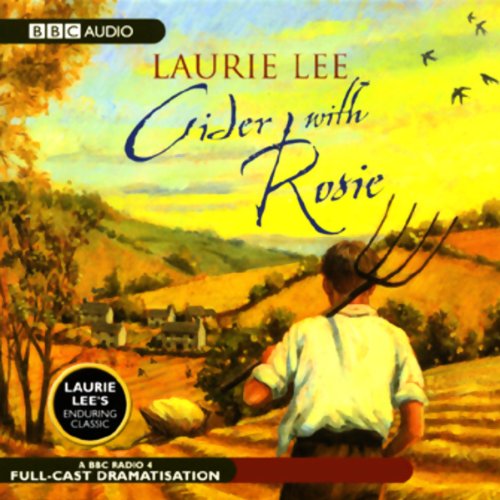 A new, and for the first time, full-cast dramatisation of Laurie Lee's lyrical autobiography of his childhood in a secluded Cotswold valley. Recorded on location at Westley Farm and the Woolpack Inn in Gloucestershire, Cider with Rosie stars Tim McInnerny as the narrator and Niamh Cusack as Mother.

Halcyon days of flower-filled meadows, home-made wines, enthralling stories, and church outings were the essence of his childhood. But there was a harsher side too, leaving the security of his mother's bed, a death close to home, and days at the village school marred by a sadistic teacher, were all part of growing up. As was Rosie. And after his encounter with her under the haywain, Laurie Lee was "never the same again".