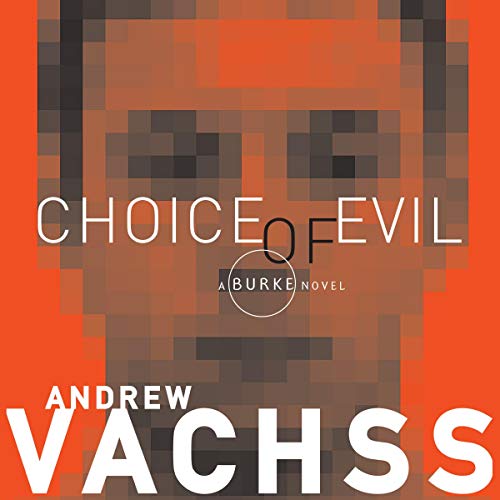 When his girlfriend, Crystal Beth, is gunned down at a gay rights rally in Central Park, Burke, the underground man-for-hire and expert hunter of predators, vows vengeance. But someone beats him to the task: a shadowy killer who calls himself Homo Erectus and who seems determined to wipe gay bashers from the face of the earth. As the killer’s body count rises, most citizens are horrified, but a few see him as a hero, and they hire Burke to track him down... and help him escape.

In Choice of Evil, Burke is forced to confront his most harrowing challenge: the mind of an obsessive serial killer. And soon the emotionally void method behind the killer’s madness becomes terrifyingly familiar, reminding Burke of his childhood partner, Wesley, the ice-man assassin who never missed, even when the target was himself. Has Wesley come back from the dead? The whisper-stream says so. And the truth may just challenge Burke’s very sense of reality.

“There is no other living American author with prose as razor-clean as Andrew Vachss. . . . Vachss is a Zen warrior with a pen.” ( Coast Weekly)
“ Choice of Evil is Vachss’s darkest Burke yet, exploring man’s propensity for savagery, ice-cold cunning and wearing thin the limits of sanity.” ( The Clarion-Ledger)