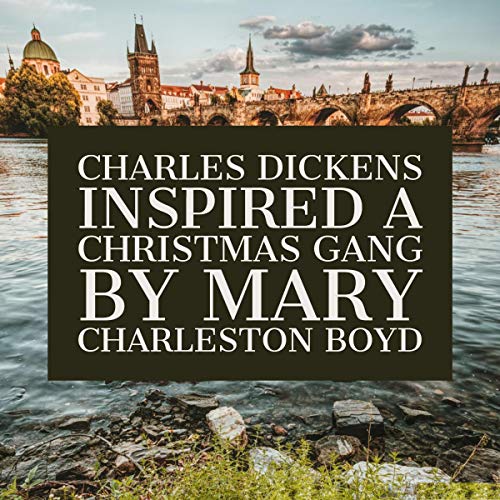 It's been a year since Scrooge gave up drinking and being miserly. He even rescued a stray black cat named Marley. But it seems Scrooge is outraged by parliament for not allowing his donations to the town of Manchester be taken from his taxes. So he fires Cratchit to help make up for the money he spent on Tiny Tim, the goose, and the turkey that he purchased for widows and orphans.

A fortnight ago, Scrooge and his nephew, Horatio, had been counting shillings and IOS - I owe Scrooge - notes. "You see this, my dear nephew, you give them a shilling, and they take a pound," Scrooge protested, adjusting his night cap. The long white cap is torn and smeared with coal dust. Scrooge fired his caretaker, Madame Boufont, a month ago.

Since then, plates, scraps of food, and discarded papers lie unattended in his study. Horatio is 33 years old, and Scrooge is 79 now. Scrooge drinks his night-time brandy. Yet Horatio recalls a time when Scrooge was happy. It had been one year and five days since he drank any spirits. "Horatio, could you go out to the coalbin and gather some for the stove and fireplace tonight? And this time, please shut the metal fence surrounding the fireplace. I have invented a filter from old book covers."

Can Scrooge save Tim from becoming a member of the Black Caper gang? Will Tim return home to his father Bob Cratchit? Or will Scrooge fire Cratchit again and return to his former miserly ways? Through the streets of Manchester, England, in 1876, Tim and his new gang attempt to pull off capers. Will they survive and reform for Christmas? Or will the return of Jacob Marley bring Scrooge to his senses?

This short novella is a follow-up tale inspired by A Christmas Carol by Charles Dickens.