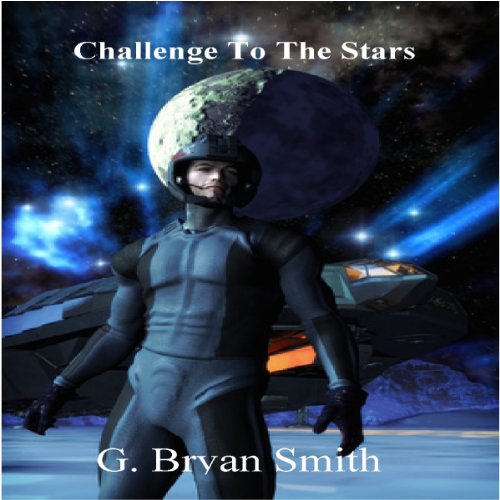 Challenge to the Stars

It is the 25th Century. The space cruiser Beagle explores a planet ravaged by war millennia ago, now inhabited by hostile, savage, mutated descendants of the planet's original humanoid species.

When the Beagle reenters orbit on departure, the craft is shot down by an ancient, planetary defense network long predating the alien savages. The aliens abduct two women officers - the sexy and sultry Maya Terrazone and the bright but petulant Veronica Winters. Colonel Kendrick Landry, together with Veronica's pet telepathic alien tiger named Jones, leads a rescue party to find and bring back the two women.

Even if the two women still live and Landry can rescue them, he wonders if his group can survive another crossing of the planet's desert terrain - teeming with the savage humanoids - to return to the ship. More, it will be virtually impossible to repair crash damage to the Beagle with the creatures lurking outside the craft.

This dilemma is Colonel Landry and the Beagle crew's Challenge To The Stars...