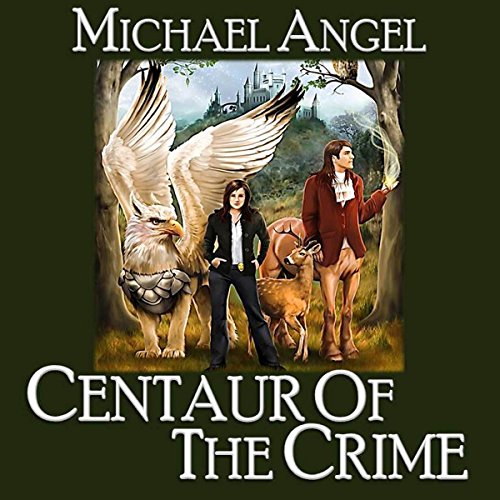 Centaur of the Crime: Book One of Fantasy and Forensics

Centaur of the Crime: Book One of Fantasy and Forensics

Dayna Chrissie, the leading Crime Scene Analyst for the LAPD, enjoys nothing more than finding the one clue that can solve a crime. The day she finds a golden medallion on a body that's been dumped at a downtown construction site, she doesn't think much about it. Until that medallion transports her to the magical kingdom of Andeluvia. Dayna discovers that she's been summoned to solve the murder of the realm's king, before war breaks out between Andeluvia and the Centaur Kingdoms.

When the trail of evidence leads from Andeluvia, back to LA, Dayna must bring all of her forensic skill to bear in order to solve the case. The price of failure? A war that will kill millions and devastate both lands. Hope she works best under pressure.