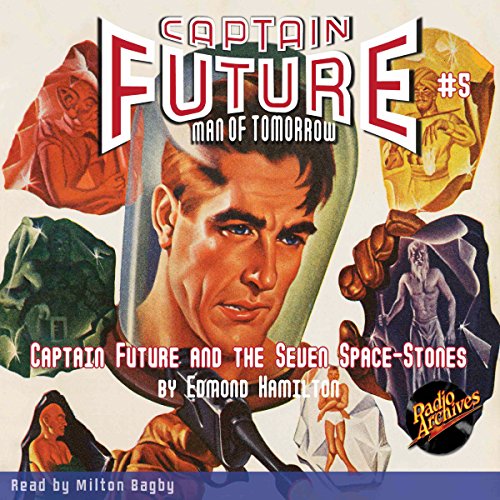 Although an orphan, Curtis Newton's parents left him with gifts that would most definitely lead to him becoming Captain Future, the superman of the space ways. His mother, Elaine, provided him with his mission, to become the protector of the solar system, to fight for justice wherever it may take him. Roger, his father, not only passed on incredible genius and scientific skills, but he provided him with three caregivers that would grow to be the greatest team a space faring hero could have-The Futuremen!

The Futuremen all have their origins in the Moon Laboratory that is both home and headquarters to Captain Future. Referred to as a "citadel of science", the Moon Laboratory is designed in a circular fashion and contains quarters for the Futuremen, even though not all of them, such as Grag, actually require rest. A reference library containing the vast knowledge of the universe, the Brain's personal lab, a large room that serves as both workspace and social area with a glassite window as a ceiling, and many other rooms make up the Moon Laboratory, definitely the perfect place for an interplanetary hero to call his own.

Even though Captain Future flew his last adventure in the pulps in 1951, it was by no means the end. He and the Futuremen continued to protect the universe and beyond in a Japanese animated television series, numerous French and German comic books and a host of merchandise, including action figures, games, and even drinking glasses have been based on the protector of the space ways.

Rocket into science fiction adventure and discover new worlds. Ripped from the pages of the Winter 1941 issue of Captain Future magazine, Captain Future and the Seven Space Stones is narrated with wonder and excitement by Milton Bagby.