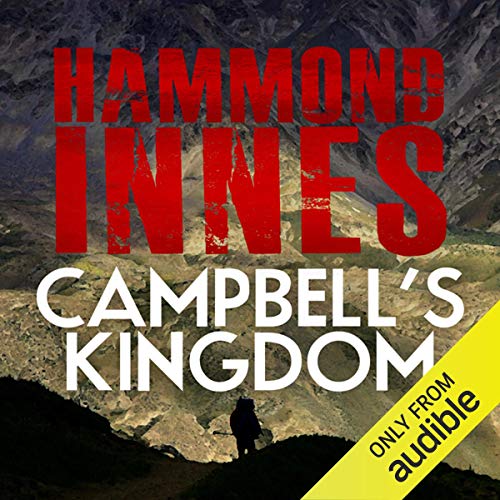 He was a man without hope, until a lawyer and a crazy inheritance spurred him to one last desperate roll of the dice.

The old man was convinced, against all evidence, that there was oil in the Rocky mountains. So his grandson sets off to a godforsaken town of shattered hopes and bitter old men, and plunges into a perilous battle against hostile country, powerful enemies, and a ticking clock.

About the author: Ralph Hammond Innes was a British novelist who wrote over 30 novels, as well as children’s and travel books. Born in Horsham, Sussex, he started work as a journalist with the Financial Times (at the time called the Financial News). The Doppelganger, his first novel, was published in 1937.

In WWII he served in the Royal Artillery, eventually rising to the rank of Major. During the war, a number of his books were published, including Wreckers Must Breathe (1940), The Trojan Horse (1941), and Attack Alarm (1941); the last of which was based on his experiences as an anti-aircraft gunner during the Battle of Britain at RAF Kenley.

After being demobbed in 1946, he worked full-time as a writer. Innes’ great love and experience of the sea, as an experienced yachtsman, was reflected in many of his novels. At his death he left the bulk of his estate to the Association of Sea Training Organisations, to enable others to gain training and experience in sailing the element he loved.

"John Buchan, Stevenson, Henty and Rider Haggard would all, I think, look benevolently upon Mr. Innes." (Elizabeth Bowen)
"A fast and expertly managed story... the Rockies, the squalid 'ghost towns', the dam-building - alll memorably represented" (Sunday Times)
"The British have always been good at producing adventure story writers. Hammond Innes was exceptional even within an exceptional breed...he was...a romantic adventurer in the style of Rider Haggard, Robert Louis Stevenson and Rudyard Kipling." (Guardian)