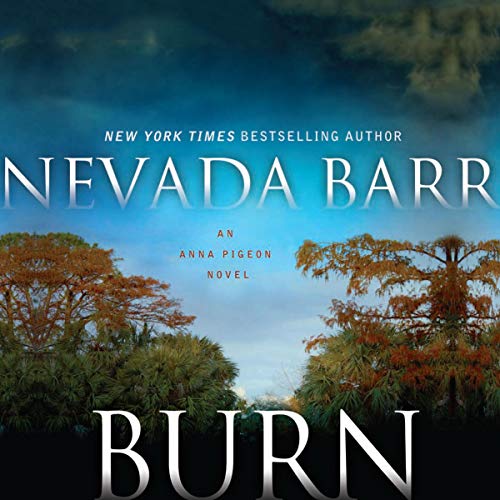 Anna Pigeon, a Ranger with the National Park Service, is newly married but on administrative leave from her job as she recovers from the traumas of the past couple of months. While the physical wounds have healed, the emotional ones are still healing. With her new husband back at work, Anna decides to go and stay with an old friend from the Park Service, Geneva, who works as a singer at the New Orleans Jazz NHP. She isn't in town long before she crosses paths with a tenant of Geneva's, a creepy guy named Jordan. She discovers what seems to be an attempt to place a curse on her - a gruesomely killed pigeon marked with runic symbols; and begins to slowly find traces of very dark doings in the heart of post-Katrina New Orleans. Tied up in all of this is Jordan, who is not at all what he appears to be; a fugitive mother accused of killing her husband and daughters in a fire; and faint whispers of unpleasant goings-on in the heart of the slowly recovering city.

Now it will take all of Anna's skills learned in the untamed outdoors to navigate the urban jungle in which she finds herself, to uncover the threads that connect these seemingly disparate people, and to rescue the most vulnerable of creatures from the most savage of animals.

"Anna's complex personality continues to elevate the series, and the ranger's sojourn to New Orleans further energizes this always reliable series." ( Publishers Weekly)
"There's a reason why this story needs to be set in the Big Easy, and Barr develops the narrative carefully, never letting the eerie black-magic elements overshadow her solid and suspenseful plotting. A definite winner." ( Booklist)