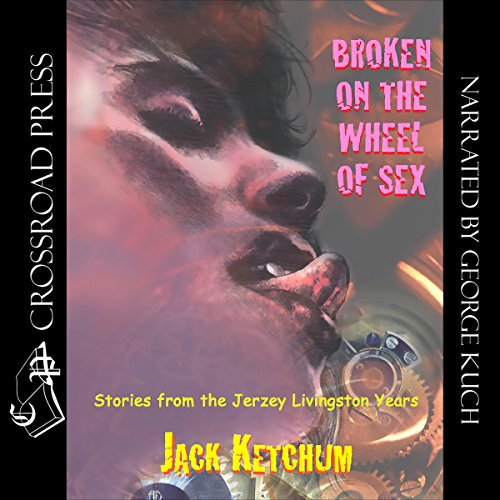 Broken on the Wheel of Sex

Broken on the Wheel of Sex

This edition of Jack Ketchum's Broken on the Wheel of Sex: The Jerzy Livingston Years is the most complete edition of the Stroup stories ever collected together. These stories, written from 1976 to 1981 and appearing in various men's magazines and other outlets, offer Ketchum fans a look into this author's formulative years. This is where Jack Ketchum honed his writing craft that has become so well known with his novels The Girl Next Door, The Crossing, Off Season, and The Lost.

Collected here is his character simply known as the Stroup stories written under the pseudonym Jerzy Livingston, which are rare and difficult to locate almost 30 years after the original publications gave them life.

"I've called these the Jerzy Livingston years because over half of them were written under that name and the rest under my real one. Somehow Jerzy seems more appropriate for this collection. My adoption of that particular pseudonym was both a joke - a play on words - and a nod to a very good writer, which I hoped some day to be." (Jack Ketchum, from the author's introduction)

Also includes Afterwords for each story by the author.