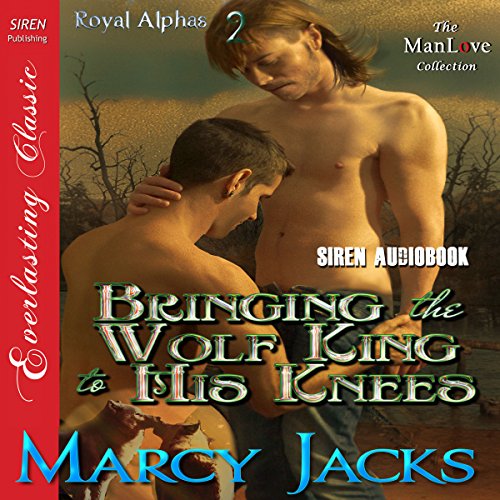 Bringing the Wolf King to His Knees

Conrad Steele works for the human resistance. He's never liked werewolves after his brother was murdered. He hacked into the wolf king's agenda and found out when he would be alone, and when the humans could take him. Conrad never expected the cocky man to be so damned handsome, or for his presence to send Conrad into a tailspin of lust and want that would make him demand to be taken. Ludwig Van Amadus is only too happy to comply. Van never expected to meet his mate in a place like this, not to mention the fact that the man is human and walks with a limp, but he only wants the chance to touch and taste him. What his little mate doesn't know is that the sex renewed his strength, allowing him to break his chains. When Conrad returns for him, Van uses the opportunity to escape and take his mate with him, whether Conrad wants it or not.