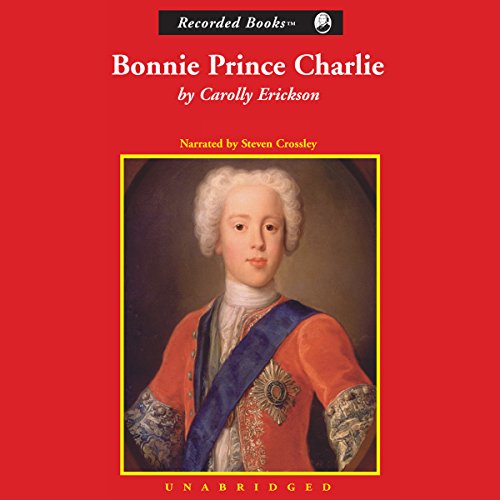 Acclaimed biographer Carolly Erickson brings history vibrantly to life with her powerful flesh-and-blood portrait of Charles Stuart, the Young Pretender to the British throne. Courageously attempting to conquer England, this significant figure in Scottish history divides the troubled British kingdom and disturbs decadent monarchies throughout the entire European continent. Convinced he was meant to be king, handsome 24-year-old Charles secretly gathers a motley band of rebels in the Highlands of Scotland. He marches his undisciplined troops fearlessly through the English heartland in a daring military campaign, gathering grassroots support along the way. But even as victory appears within his grasp, his ragtag army begins disintegrating. The much-celebrated prince is forced to finish his life in humiliating exile—tormented by disappointment and forever clinging to the belief only he should rule England. Carefully researched, historian Carolly Erickson’s crisp prose reads as well as a thrilling novel with Steven Crossley’s superb narration.