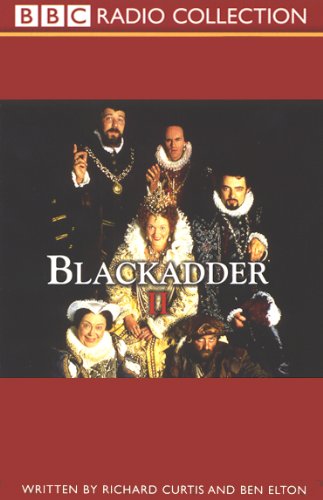 England 1558-1603. The filthy genes of the Blackadder dynasty bubble to the surface of history's melting pot as Lord Edmund, arrogant peer-about-town, swaggers with a big head and small beard in search of grace and favour from the stark raving mad Queen Bess.

Listen as Lord Blackadder falls in love with a girl named Bob, takes over the job of executioner whilst almost losing his own head, schemes to raise 1,000 pounds to pay off a perverted Bishop, goes on a far-off sea voyage to the remote country of France, and plays Charades with a member of the Spanish Inquisition.