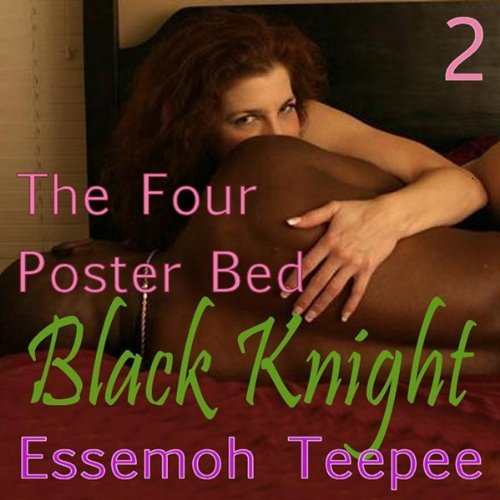 Sarah Weston was doing well for herself. She had a good career and she had survived two years of marriage that had not been all bad, but had simply petered out. She had moved on. Then one day she met someone, someone who knew things about her that she had not even confessed to herself. He had plans for her, but first he would seduce her. Her Black Knight would take Sarah on a path into sensuality and surrender that would turn her inside out.

The four poster bed: She had been in her office at Flyte Promotions when a courier special delivery arrived, marked, 'For Sarah Weston, a gift.'“I'm not expecting anything?” The tall youth tore his eyes from her hemline and crossed thighs to crawl up over her well-filled blouse to finally look her in her dark brown eyes.

Sarah knew the effect her diminutive 'pocket Venus' looks had on men and usually enjoyed her obvious impact but the youth was callow and unattractive. She had sighed with impatience at his lust and he had blushed brightly.

"Pierce your ears.' was all it read, her suddenly shaking hands making it difficult to read, the lettering in firm black script, with a single letter, 'J' as signature.

The plain polished wooden box with the card was lined with burgundy velvet, the same colour as his bed linen and held a pair of flawless matched diamonds set in platinum studs. It was those studs that Sarah wore now.

She had been a little nervous about the actual piercing but the young girl in the beautician's salon, whose name had been on the back of the gift card, was really nice about it and welcoming as though she were expected. Sarah hadn't needed to make an appointment or wait and the wounds only stung a little for a day. Tonight, only her second time with this new man in her life, Sarah hoped she could discuss something Sir John had hinted at the last time they had been together....

“I should like to see your wrists in straps as are your ankles,” he whispered and then nipped her earlobe.

His words had thrilled her. The thought of being unable to prevent anything being done to her, to be at the mercy of her lover had tightened her low down...

He reached into his jacket pocket and drew out some black satin ribbons. When I saw them, my still racing heart leapt in my chest. I hoped, I wished but I had to ask, “What are those for, ...John.”

“Why to bind your wrists, my dear.”

I couldn't help it; I moaned and felt a trickle between my legs as he tied the ribbons around my wrists securing them to the wooden arms of the dining chair. I tested them and the feeling of restraint made my juices flow even more.

“One more thing, my dear,” he drew a silk scarf from his pocket and continued, “A blindfold is necessary.”