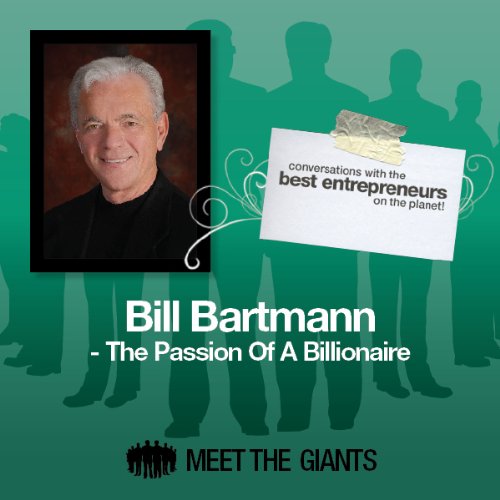 Bill Bartmann - The Passion of a Billionaire

Bill Bartmann - The Passion of a Billionaire

Billionaire businessman Bill Bartmann, named as "One of the Top 100 Entrepreneurs of the Last 100 Years" by the Kauffman Center for Entrepreneurial Leadership, Allbusiness.com, and Apple Computer, talks about his successes, failures, and about the role of passion in his life. He has also been awarded the American Academy of Achievement's "Golden Plate Award for one of the 20th Century's Most Extraordinary Achievers" - an award previously bestowed upon five U.S. presidents and three Nobel Prize winners.

This interview may contain references to dates, events, etc., that have already taken place. These references have not been omitted in order to maintain the integrity of the recording, as all Meet The Giants interviews are REAL and unedited conversations.