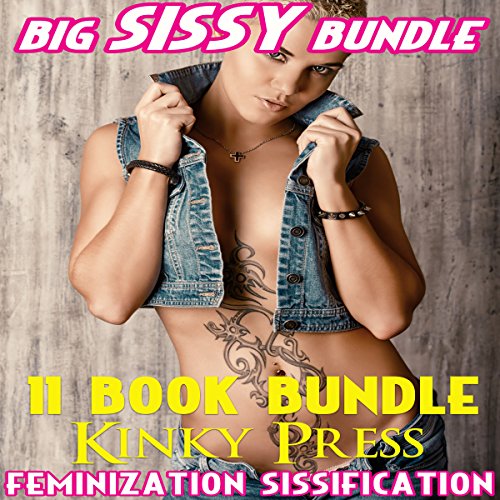 Ten shorts and one novella of feminizing fun

PSA: These stories contain desperate men who feel forced into undesireable situations. They’ll be dominated and humiliated by men and women alike. They’ll be dominated by big men with real power and by bossy women. There will be humiliation, there will be transformation, and, gosh darn, if they don’t get off on...things they never thought possible.

Sorority Sissy: There are no rules against applying to a sorority - even if you're not a woman!

Her Bull’s Sissy: John had been expecting his wife was cheating for some time, but he never would have imagined the big bull of a man he found her with that day.

Her Sissy: Adam is caught fooling around with his girlfriend's best friend and has to make a choice. His girlfriend is willing to forgive him if he follows her every order and command.

His Boss’ Sissy: Jack has found himself in a compromising position.

Which is worse? Your wife finding out you like taking it from behind more than you like giving it to her - or finding out your wife has maxed out the credit card your company gave you?

Officer Flannegan thinks they can keep this indiscretion between the two of them - as long as Chris understands exactly what is expected of him.

The CEO’s Sissy: What would you do if you really needed a job? Adam would do pretty much anything including being feminized by his potential boss to get hired.

A Shamed Sissy: Get caught watching some hot tranny action, and your girlfriend seems to think you want it that way.

Paid to Be a Sissy: Colin is a young man with mountains of debt.

Will he undergo the procedures necessary to truly become his Master's plaything? Will the humiliation be too much or will he pull through in the end?