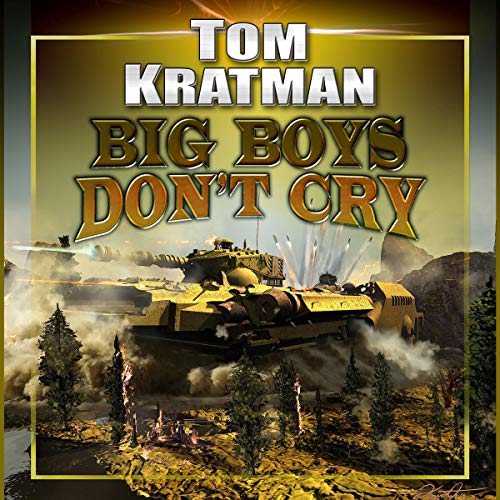 Big Boys Don’t Cry is a novella by LTC Tom Kratman, US Army (Ret.), also known for the A Desert Called Peace and M Day series and the novel, Caliphate, as well as his several years of political and military columns on the former online magazine, Everyjoe.

The story covers the creation, training, combat life, and end of a Ratha, a sentient cybernetic supertank of the far future, a multithousand ton janissary, as it faithfully wages war for its human masters on dozens of alien worlds. What will happen, though, when battle damage reveals to the creature previously sealed memories, when it discovers that man, it’s creator-god, is an idol with feet of clay? Can its programmed conscience survive the knowledge of what has been done to it, how it has been manipulated and perverted? Will its gratitude to its creators be enough to maintain the loyalty of an intelligent war machine with enough firepower to flatten cities?