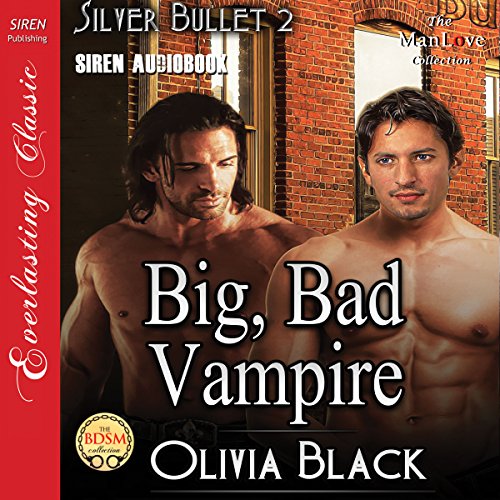 Jayden Channing is a 22-year-old college student. He's also a virgin. After almost a full year of trying to sneak into the pack's club, Silver Bullet, his older brother and Alpha gives in. Finally able to drink and dance, Jayden embarks on an exciting new world. Everything changes that first night though. He senses his mate, an ancient vampire who is heavily into BDSM. Andrew Porter has been alive for almost two hundred years. He's had his fill of wild nights. While at the club, Silver Bullet, he gets into an intense scene, completely focused on the other man. It's nothing unusual for him, just another normal night. During the scene, he's interrupted by a young shifter and yells at the young man. Weeks later, hungry and weak, Andrew's friends convince him that he's met his True Match. Now, he needs to find the man and drink before it's too late.