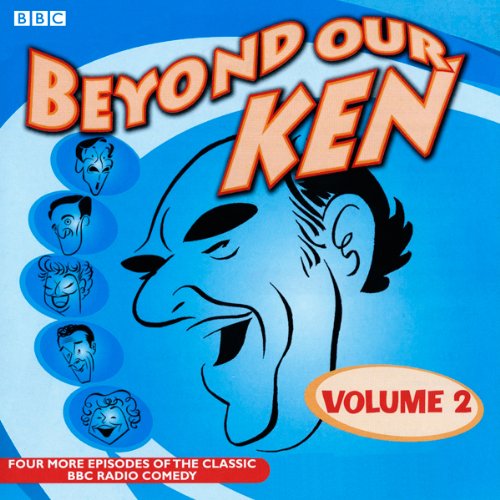 Beyond Our Ken: The Collector's Edition Series 2

Beyond Our Ken: The Collector's Edition Series 2

Four more episodes from the first series of the classic BBC Radio comedy starring Kenneth Horne, Kenneth Williams, Hugh Paddick, Betty Marsden, Ron Moody and Pat Lancaster. Between 1958 and 1964, 'Beyond Our Ken' lit up the airwaves and it remains as funny today as when it was first broadcast. In these 4 episodes, pick up some of Kenneth Horne's beauty tips in 'Tittle Tattle Magazine', learn how to deal with a stork up the chimney, find out 'What to Do in London' and listen to Parisian cabaret artist Maurice Chandelier. In addition, you can hear about English imperturbability at home and abroad; go hunting with Charles and Rodney; meet Felicity and Ambrose, the happiest couple in Great Britain and join roving reporter Cecil Snaith at the Monte Carlo Rally. With musical entertainment from Pat Lancaster and The Malcolm Mitchell Trio, join genial host Kenneth Horne and his ensemble in this fantastic forerunner to Round the Horne.