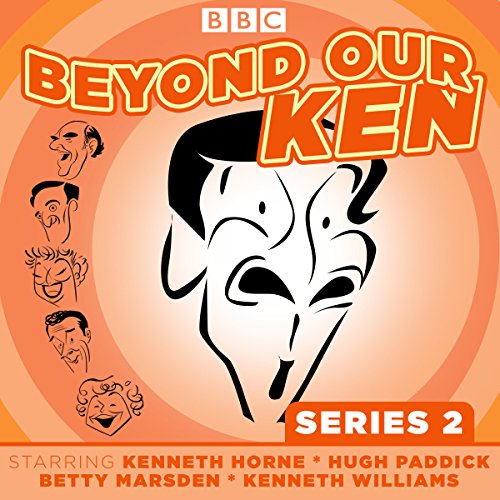 Beyond Our Ken, Series 2

Between 1958 and 1964, Beyond Our Ken was one of radio's most popular comedy shows, with a regular audience of 10 million listeners.

A hilarious mix of sketches and music, packed with witty wordplay, comic catchphrases and larger-than-life characters, this fabulous forerunner to Round the Horne remains just as funny today. In these 14 episodes, written by Eric Merriman and Barry Took, listen to some extraordinary incidents from Kenneth Horne's week and enjoy special 'Hornerama' investigations into the worlds of show business, communications, the film industry, shipping and many more.

Say hello to Rodney and Charles, follow roving reporter Cecil Snaith to the depths of the Red Sea and join Felicity and Ambrose as they are shipwrecked on a desert island. Plus, there's a spoof of Any Questions? featuring Hankie Flowered, Ricky Livid, Fanny Haddock and Arthur Fallowfield and musical interludes from The Fraser Hayes Four and Pat Lancaster. So join urbane host Kenneth Horne and friends for more fun, puns, merriment and madcap humour from the much-loved comedy show.