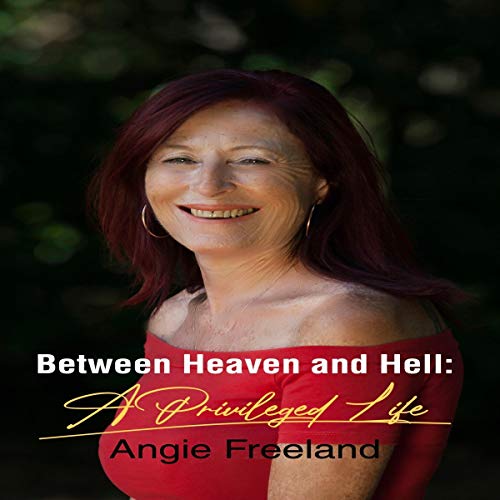 Between Heaven and Hell

Angie is a medium. Many say she is among the best. Happy in life, 35 years married to her wonderful husband, two children, now grown up. Angie is also very happy in her work as a medium.

But her life’s journey has been anything but happy.

Cockney born, of Irish parents when life was tough being Irish in London. Alcoholism and domestic abuse featured in Angie’s early life when she became aware of people that nobody knew about. Divorced parents, sexual abuse, her mum successfully raised Angie and her elder sister and brother. The people who nobody knew about were with Angie, although she said nothing about them.

Angie’s life settled on marrying her second husband and soul mate, but depression, being childless, discrimination while adopting, and tragic deaths of her brother-in-law and sister all added to the roller coaster that was Angie’s life. And those people were still around.

Angie explored developing her ability to communicate with people who she now knew had passed into the spirit world. She knew that they supported her in life and would continue to do so on losing her beloved mother and a few years later her stepfather who had unexpectedly refused to speak to her leading up to his passing.

Learn how Angie managed, with the help of her guides, natural abilities as a medium and her supportive husband, to have a happy, fulfilling, and successful life achieving her dream to become an admired medium, supporting others in their life journeys.