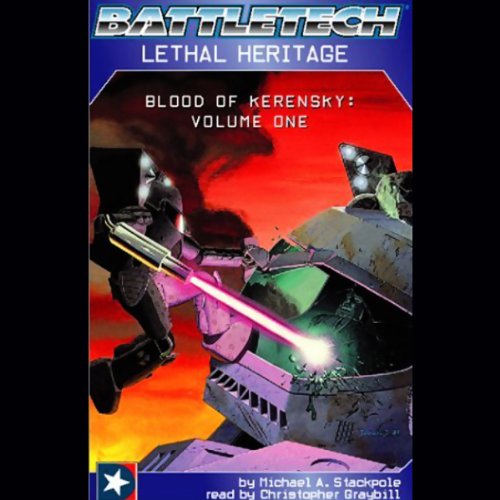 By the 31st century, humanity has spread to thousands of worlds, while a handfull of powerful empires wage continual war for the right to rule the stars. Foremost among the weapons used in that struggle are BattleMechs, war machines of articulated armor loaded with autocannons, missile launchers, lasers, and beam weapons. Piloting them are Mech Warriors, the best, most intensively trained men and women available. Like the armored knights of an earlier age, Mech Warriors are popular heroes, and their exploits are the stuff of legends.

At the start of Blood of Kerensky, the year is 3030. For the past 300 years, since the Star League collapse and the rise of the Five Successor States, these mortal enemies have fought over space, land, and politics. But a new threat looms just outside the Inner Sphere. The descendants of an old Star League general, the Clans, bred to be the best military force humanity has ever seen, have come to take what they believe is rightfully theirs.