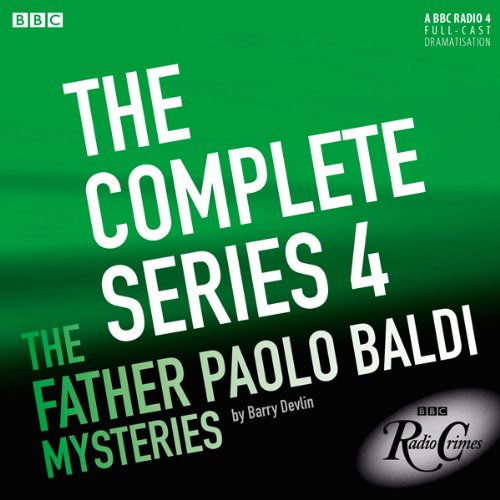 On sabbatical from the Franciscan order, Father Paolo Baldi is working as a philosophy lecturer in Dublin when his life takes an unexpected turn and he finds himself helping the police to solve crimes.

In Father Baldi’s fourth series, Paolo investigates a string of curious murders. Along with Tina, Paolo looks into the case of a crossword-related murder, the killing of a politically-incorrect figurehead and finds that the death of a homeless man is not as simple as it appears. Follow the priest-cum-sleuth’s thrilling adventures as he solves mysteries throughout Ireland.

Includes the following episodes: Cross Purposes, The Devil’s Eye, The Smoker, No Sin, The Empty Vessel and Shelter.