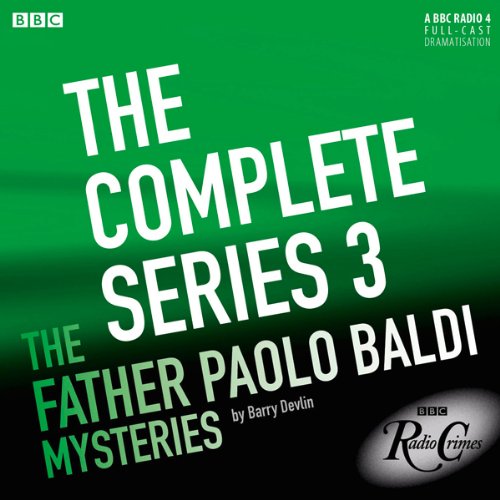 On sabbatical from the Franciscan order, Father Paolo Baldi is working as a philosophy lecturer in Dublin when his life takes an unexpected turn and he finds himself helping the police to solve crimes.

Returning for his third series, Father Baldi investigates a string of curious murders. Along with Tina, Paolo discovers foul-play among a group of horticultural experts, a murder at a classical music concert and bad sportsmanship at a charity cricket match. Follow the priest-cum-sleuth’s thrilling adventures as he solves mysteries throughout Ireland.

The episodes included are: Tempus Fugit, The Bookcase, The Sick Rose, Settling Scores, The Dig and The Far Pavilions.