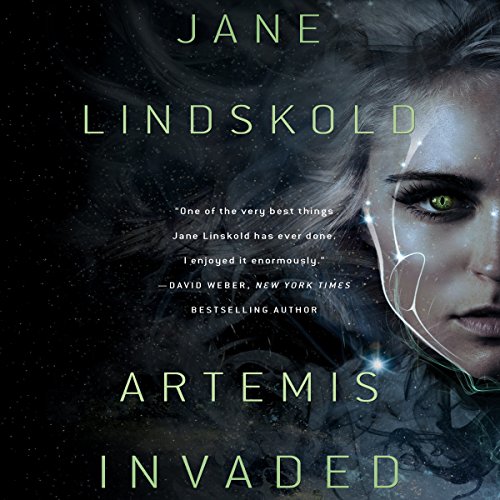 In Artemis Invaded, Jane Lindskold returns to the world of Artemis, a pleasure planet that was lost for millennia, a place that holds secrets that could give mankind back unimaginable powers.

Stranded archaeologist Griffin is determined to make his way back to his home world with news of the Artemis discovery. He and his gene-modified native companion, the huntress Adara, and her psyche-linked puma Sand Shadow, set out to find another repository of the ancient technology in the hope that somehow Griffin will be able to contact his orbiting ship. In the midst of this, Adara wrestles with her complex feelings for Griffin - and with the consequences of her and Sand Shadow's new bond with the planet Artemis.

Focused on his own goals, Griffin is unaware that his arrival on Artemis has created unexpected consequences for those he is coming to hold dear. Unwittingly, he has left a trail - and Artemis is about to be invaded.