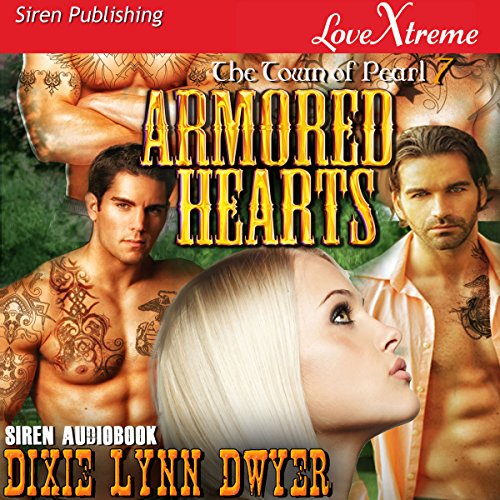 India Brooks is living the life in Chicago. She's a successful businesswoman. Her best friend, Aspen, is being hunted by the Russian mafia. To send a message that they mean business, they come after India, abduct her, assault her, then leave her for dead. To save India, her brother Silas and Aspen's men send India to the town of Pearl and the safe protection of five guns for hire.

Ford Montgomery and his team, Grey More, Fisher Lent, Fenton Lewis, and Flynn O'Connor, have just about had enough of dangerous, life-threatening missions. When their friend calls in need of protection for his sister, they of course bend the rules. But once India arrives and they see the damage that has been done to her, all five hardcore soldiers feel exactly the same thing. They want to protect her, get close to her, and take full advantage of the time they have together. But they are scarred men, and despite their capabilities, they feel India is out of their league. Will India head back to Chicago, or take a chance on her five American soldiers?