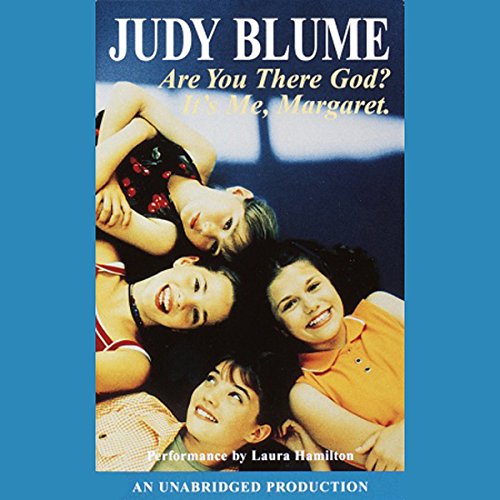 Are You There God? It's Me, Margaret

Are You There God? It's Me, Margaret

The beloved coming-of-age novel from the author whose “name has long been synonymous with young adult fiction” (Los Angeles Times).

“Are You There God? It’s Me, Margaret is very special.” (Amy Poehler, quoted on Vulture.com)

“Generations of teenage girls have grown up reading the tales of teenage angst told by beloved author Judy Blume.” (Mashable.com)

Margaret Simon, almost 12, has just moved from New York City to the suburbs, and she’s anxious to fit in with her new friends. When she’s asked to join a secret club, she jumps at the chance. But when the girls start talking about boys, bras, and getting their first periods, Margaret starts to wonder if she’s normal. There are some things about growing up that are hard for her to talk about, even with her friends.

Lucky for Margaret, she’s got someone else to confide in...someone who always listens.

“The first Judy Blume books I read...served as a kind of introduction to myself.” (John Green quoted in The New York Times)

“Mention Judy Blume to almost any woman under a certain age and you're likely to get this reaction: Her face lights up, and she's transported back to her childhood self - curled up with a book she knows will speak directly to her anxieties about relationships, self-image and measuring up.” (NPR.org)

“Fans, readers, booksellers - even other authors and celebrities - often dissolve into tears upon meeting [Judy Blume], confessing that books like “Forever...” and “Are You There, God? It’s Me, Margaret” got them through adolescence; taught them about sex, love and friendship; and provided their first glimpse of adulthood.” (The New York Times)

“Blume wasn’t the first writer to legitimize and celebrate the interior life of young girls.... But Blume’s work feels significantly more influential than that of her predecessors and peers.” (The New Yorker)

"If anyone tried to determine the most common rite of passage for preteen girls in North America, a girl's first reading of Are You There God? It's Me, Margaret would rank near the top of the list." (Amazon.com review)

Das sagen andere Hörer zu Are You There God? It's Me, Margaret