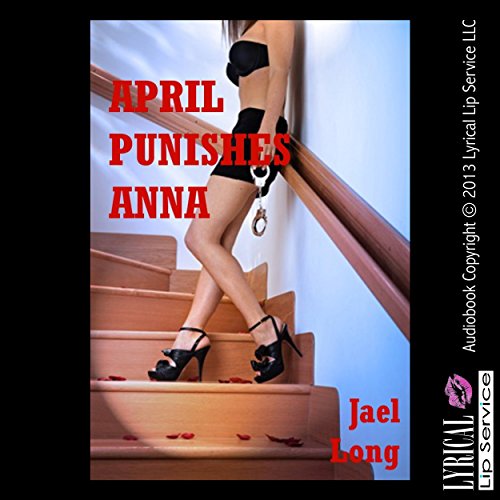 Anna crossed a line. Driven by jealousy, she went too far in her punishment of Brandon's slave April, and Brandon is furious. He sends a mistress over for the most humiliating response. Anna will be punished in front of her entire household. Not only that, but it will happen to her favorite, her servant Adam. That's not the worst of it either... April will participate in the administration of the punishment!

Anna pointed to a wooden chest that was next to her bed and Laura took April by the hand and walked her over to the chest. The looked through the vast array of toys and finally made their selections. Laura chose a twelve black studded strap on cock, and April had chosen an eleven inch, purple silicone strap on. The look on April's face was pure shock, and Anna knew that she didn't want to do this, but her Master had ordered her and she had no choice. Laura gave April a light slap on her ass and pointed to the door. Anna and Adam walked ahead of them and Laura was whispering to April the entire walk through the hallway. Anna held her head high as she walked. Granted she would be punished, but she had to let her house know that even when a Mistress makes a mistake, she has to take her punishment and she will do it with pride. Adam lightly touched her palm and he smiled at her. Anna took his hand and they entered the living room where her entire household sat around the benches.