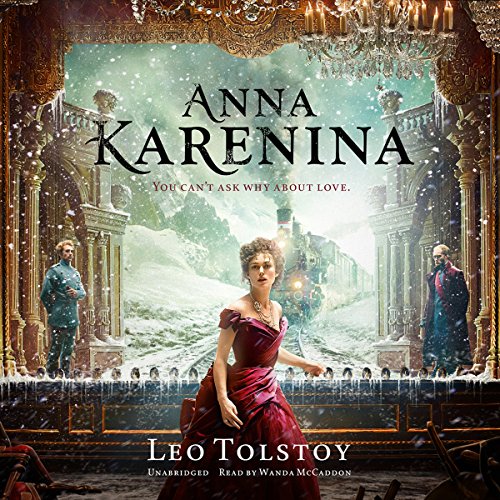 Sensual, rebellious Anna falls deeply and passionately in love with the handsome Count Vronsky. When she refuses to conduct the discreet affair that her cold, ambitious husband - and Russian high society - would condone, she is doomed. Set against the tragic love of Anna and Vronsky, the plight of the melancholy nobleman Konstantine Levin unfolds. In doubt about the meaning of life - a mirror of Tolstoy’s own spiritual crisis - Konstantine is haunted by thoughts of suicide.

A magnificent drama of vengeance, infidelity, and retribution, Anna Karenina tells the story of two characters whose emotional instincts conflict with the dominant social mores of their time.

Leo Tolstoy (1828–1910) was born in Russia. His parents - who died when he was young - were of noble birth. He served in the army in the Caucasus and Crimea, where he wrote his first stories. He is especially known for his masterpieces, War and Peace (1869) and Anna Karenina (1877).

“Considered one of the pinnacles of world literature.” ( Merriam-Webster’s Encyclopedia of Literature)
“A sexy and engrossing read, this book tells the tale of one of the most enthralling love affairs in the history of literature.” ( Oprah.com)