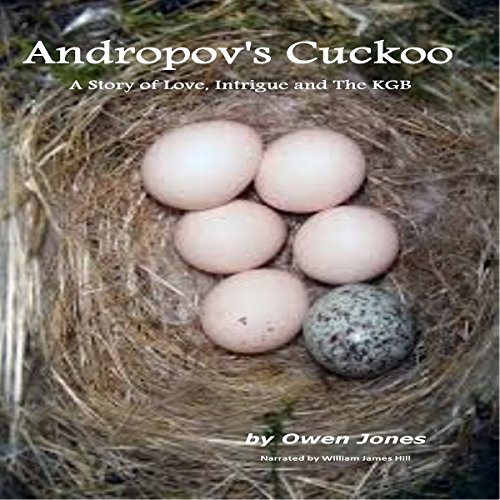 A dying man recounts the story of the most amazing person he has ever met: a brilliant Soviet linguist, whom he knew as Youriko. It is a tale of love, daring-do, spies, and danger set in Japan, Germany, Turkey, the USA, Canada, and the UK, but mostly in the Soviet Union of the 70s.

Two girls, born thousands of miles apart in Kazakhstan and Japan just after World War II, meet and are like peas in a pod. They also get on like sisters and keep n touch for the rest of their lives.
However, one wants to help her battle-scarred country and the other wants to leave hers for the West. They dream up a daring, dangerous plan to achieve both goals, which Andropov, the chief of the Soviet KGB, is told about. He dubs it "Operation Youriko", and it is set in motion, but does it have even the remotest chance of success?

Andropov’s Cuckoo is based on a true story related to the author by one of the protagonists.