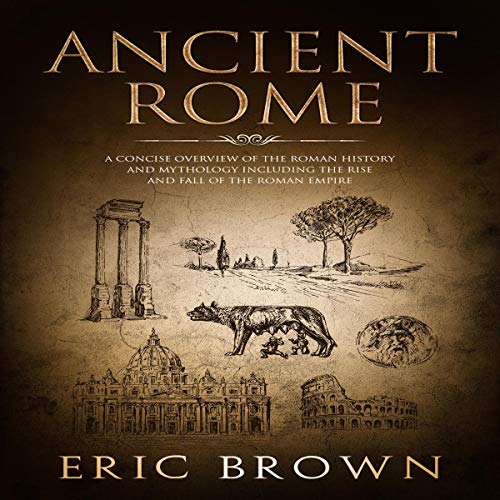 Ancient Rome: A Concise Overview of the Roman History and Mythology Including the Rise and Fall of the Roman Empire

Explore the history and mythology of the Roman Empire!

Few societies and historical periods capture our fascination as much as ancient Rome. With a founding steeped in legend, along with the rise and fall of a monarchy, a republic, and an empire filled with colorful, and often even bizarre, leaders and popular figures, it is no wonder that it has been the source of inspiration for a multitude of novels, movies, and television shows.

While this entertainment fare has had varying degrees of historical accuracy, a great deal of artistic license does not need to be taken to make the story of ancient Rome intriguing and scintillating. It was a society and a people rich with a drama that still captures our interest even today, more than 1,500 years since the fall of the great Roman Empire.

In this audiobook you are going to find out about:

Don’t wait another moment to enjoy from this information - buy your copy of Ancient Rome right away!

Das sagen andere Hörer zu Ancient Rome: A Concise Overview of the Roman History and Mythology Including the Rise and Fall of the Roman Empire