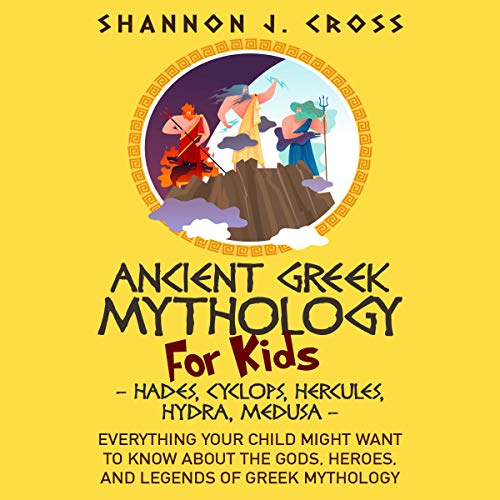 Watch with awe as the world is born from chaos and nothingness, tremble in fear of the rule of the mighty titans, and laugh with joy as the gods defeat the evil Kronos and climb Olympus for themselves.

From the myth of how the world was created to stories about how the gods interfered and their demigod children became heroes, this book contains some of the most important and best-known stories of Greek mythology.

The stories are fun and interesting. The impossibly complex details have been simplified and the more gruesome and inappropriate parts have been filtered out so that these stories are suitable for children, as well. This book also contains a variety of stories that you can choose from and mostly don’t need to be listened to in a specific order.

The stories contained in this audiobook are:

Not only is this a great book to introduce you and your family into basic Greek mythology, but it’s also a glimpse into the religions and cultures of the ancient Greek people.