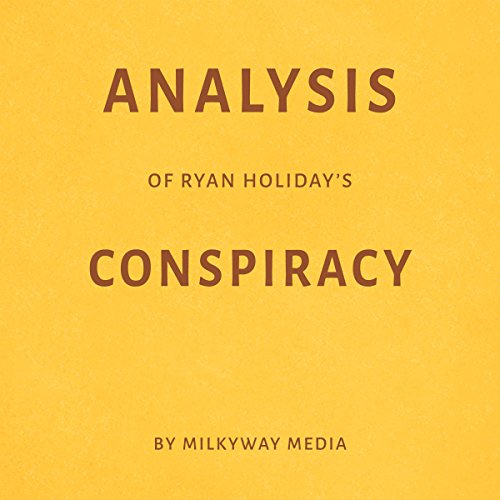 Conspiracy: Peter Thiel, Hulk Hogan, Gawker, and the Anatomy of Intrigue (2018), by Ryan Holiday, is a detailed account of an extraordinary conspiracy led by Thiel, a Silicon Valley billionaire with a vendetta against a website that intruded on his personal life.

Working with a clandestine legal team, Thiel spent nearly a decade developing a plan to take Gawker down and ultimately used Hogan, a washed-up wrestler who sued Gawker over a sex tape, as an instrument of revenge....