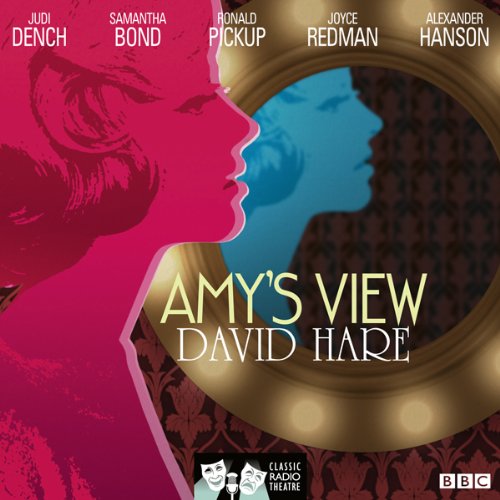 Judi Dench, Samantha Bond and Ronald Pickup star in this BBC Radio 4 full-cast drama from 2000 - which features many of the original West End and Broadway stage cast.

Esme Allen is a middle-aged West End actor and is in control of her life: she’s financially secure and successful. However, Amy, her grown-up daughter is pregnant by Dominic, an ambitious media-man who believes that theatre is dead. Esme and Dominic, unsurprisingly, loathe each other. But this leaves Amy - whose ‘view’ is that love conquers all - right in the middle of things. Then Dominic’s star begins to rise, just as Esme starts to lose everything: the comforts of home, money. Even her daughter, Amy...Among the star cast in this recording are Dame Judi Dench, who won a Tony Award for her Broadway performance in ‘Amy’s View’ and Samantha Bond (BBC TV’s ‘Outnumbered’ and Miss Moneypenny in the James Bond films).The Classic Radio Theatre range presents notable radio productions of much-loved plays by some of the most renowned playwrights, and starring some of our finest actors.