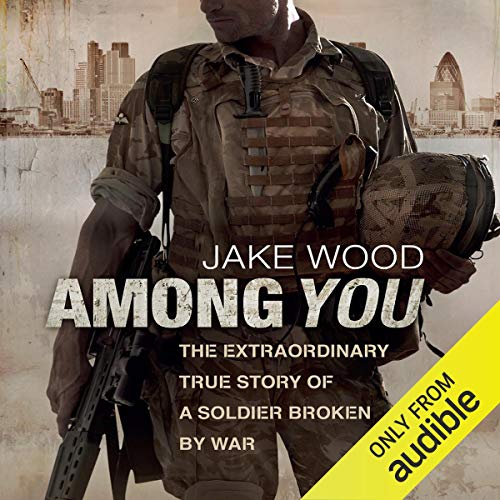 Among You is the gripping real-life story of a soldier serving on the front line in Iraq and Afghanistan, and an unforgettable, unflinching account of the effects of post-traumatic stress disorder. Jake Wood lives parallel lives: encased in the glass tower of an international investment bank by day, he is also a dedicated TA soldier who serves on the front line during the invasion of Iraq, later returning to the war zone to conduct surveillance on insurgents.

Disillusioned with the dullness and amorality of the banking world, he escapes back to the army for a third tour of duty. But in Afghanistan he discovers the savage, dehumanising effects that war has on both the body and the mind. Diagnosed with chronic PTSD on his return, he must now fight the last enemy - himself - in order to exorcise the ghosts of his past.

Brutally honest and beautifully written, Among You brings home the harsh reality of front-line combat in Iraq and Afghanistan, and the courage of the troops who risk their lives for their country, as well as revealing the devastating after-effects of service.

"The most haunting and moving account of how battle scars your mind." (Daily Mail)
"Jake Wood tells his story with an expert eye for detail… intensely gripping and emotional." (The Scotsman)
"As a military historian, I have read thousands of firsthand accounts of war, in all its gore and glory, brutality and suffering. But there were tears in my eyes as I followed Wood's story of his descent into the bleakness of post-traumatic stress disorder." (Daily Mail)