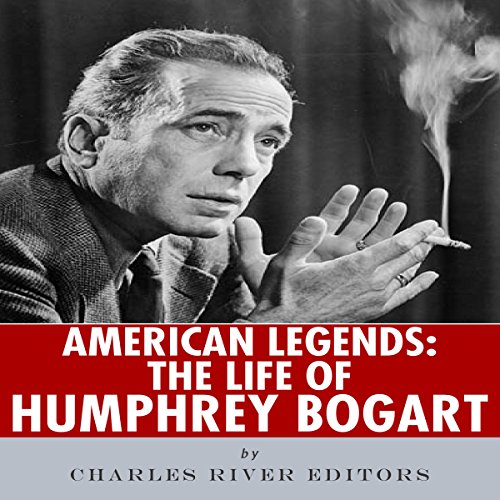 "All you owe the public is a good performance." - Humphrey Bogart

Americans have always loved movie stars, and there have been no shortage of Hollywood icons, but one man has long been considered the greatest male star. From the time he first became a leading man, Humphrey Bogart's screen image has resonated with viewers more than perhaps any other actor. At the end of the 20th century, when the American Film Institute assembled its list of the 50 greatest American screen legends, Bogart was at the top of the list. His persona as a tough guy who manages to maintain his sense of virtue no matter how compromising the situation features in some of the most famous films ever made, including Casablanca (1942), The Maltese Falcon (1941), and Key Largo (1949).

Bogart's screen persona was not only desirable (everyone wanted to be like Bogart) but also highly approachable, in the sense that he played the everyman figure far more than Cary Grant or Laurence Olivier. Bogart also had good timing, with some of his popularity due to the fact that he rose to fame in an era when the film industry was at its most potent. Bogart's prime coincided with the golden age of cinema; sound had been successfully integrated and the studio system ruled over the industry.