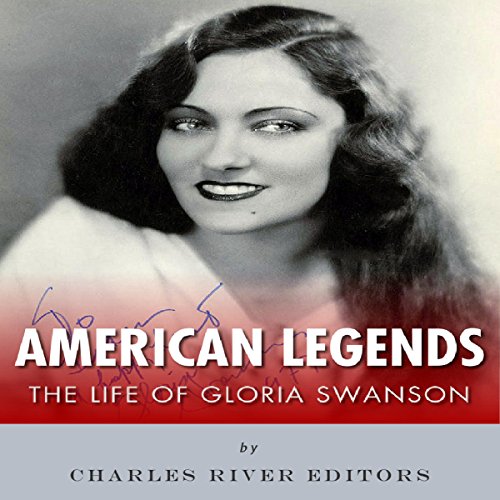 "Fame was thrilling only until it became grueling. Money was fun only until you ran out of things to buy." - Gloria Swanson.

That the shot of Desmond requesting her close-up remains indelibly imprinted in the minds of so many speaks in large part to the power of Sunset Boulevard, one of the most revered films of its times and the most famous film of Gloria Swanson's career. By dint of her performance in the film, Swanson has become almost synonymous with Hollywood's silent era.

In many respects, Swanson's status as the female face of the silent era is entirely apropos. Working in the 1920s for Cecil B. DeMille in his lavish productions, Swanson commanded salaries of more than $1 million per year, sums that Paramount was only too willing to provide for the virtual guarantee of high box office receipts that her films provided. Swanson worked with a cross section of famous silent era figures, such Mack Sennett and Charlie Chaplin (although her experience with Chaplin did not fare well) during her early years with Keystone, as well as collaborations with DeMille and Erich Von Stroheim during her more mature years.

Yet at the same time, the histrionics of Swanson's character in Wilder's film belie the sophistication that Swanson brought to the screen, as well as the salient role she played in shaping cinematic representations of women during the onset of the "new woman" in 1920s America.