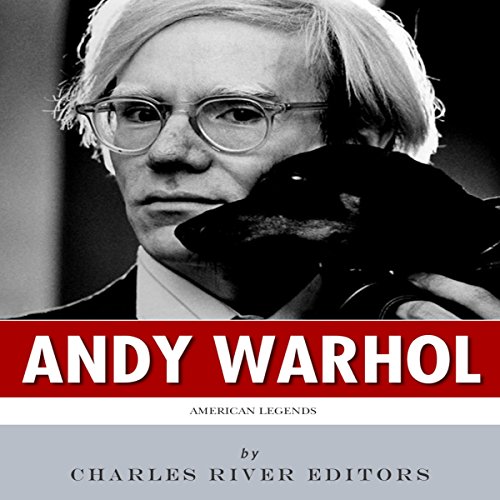 "Don't pay any attention to what they write about you. Just measure it in inches." - Andy Warhol

"In the future, everyone will be famous for 15 minutes." - Andy Warhol

A lot of ink has been spilled covering the lives of history's most influential figures, but how much of the forest is lost for the trees? In Charles River Editors' American Legends series, listeners can get caught up on the lives of America's most important men and women in the time it takes to finish a commute. And they can do so while learning interesting facts long forgotten or never known.

Few artists of the 20th century were as enigmatic as Andy Warhol, who once remarked, "If you want to know all about Andy Warhol, just look at the surface of my paintings and films and me, there I am. There's nothing behind it." This statement is hardly out of character for the famous artist, who remains famous for his cagey answers to interviews and his refusal to speak from the heart. It is no accident that Warhol wore a wig; paradoxically enough, he required the company of others but refused to allow himself to become emotionally intimate with anyone. If anything, Warhol's public persona seemed to be structured around an apparent lack of personality. Yet he later noted, "At the times in my life when I was feeling the most gregarious and looking for bosom friendships, I couldn't find any takers so that exactly when I was alone was when I felt the most like not being alone. The moment I decided I'd rather be alone and not have anyone telling me their problems, everybody I'd never even seen before in my life started running after me to tell me things I'd just decided I didn't think it was a good idea to hear about."