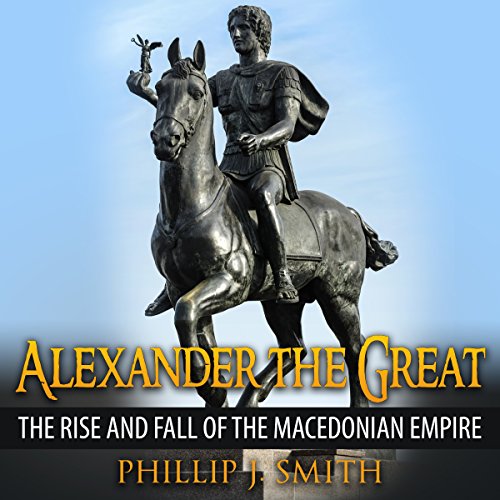 Born in Macedonia, Alexander spent his childhood envious of his father's conquests. He watched his father head off to great battles and read of Greek heroes who were remembered forever for their bravery. All the while, he wished that he too could become a hero in history.

With the sudden death of his father, Alexander received his chance to become the hero that he always dreamed of being. Consolidating Greece and raising an army, he prepared for conquests in the Persian Empire. Through barren deserts and snowy mountain peaks, his men marched as they sought total conquest of the Great King's empire.

When the empire had finally been won and the Great King eliminated, Alexander was not prepared to give up his dreams quite yet. While his men were ready to return to their homeland and enjoy their booty, Alexander wanted more. He dreamed of riding elephants into war in India, fighting desert tribes and taking over the pyramids of Egypt. In short, only conquering the entire known world would be enough for his limitless ambition. It would only be the reluctance of his men or the admonitions of his general, Parmenion, who would hold Alexander back from achieving his dreams.

By the age of 32, Alexander managed to accrue one of the largest empires that the world had ever seen. With a genius for administration and a rash, courageous approach to warfare, he conquered each land that he came across always in search of an answer to the question: what's next?

An appetizer can make you hungry

In the classical James Bond moviesmany worthwhile destinations are visited in the course of the story. Alexander the Great is certainly a different role model, but the story about the places he visited in the course of his conquers are as diverse and can be a good appetizer to make you hungry to continue the intelectual journey. To me the audiobook was a relaxing distraction during a four hour car drive, for a more youthfull audience it could be the start for a next deeper dive into different places and times. A pity that the audio quality was not that perfect and the transistions between audio recordings so obvious.