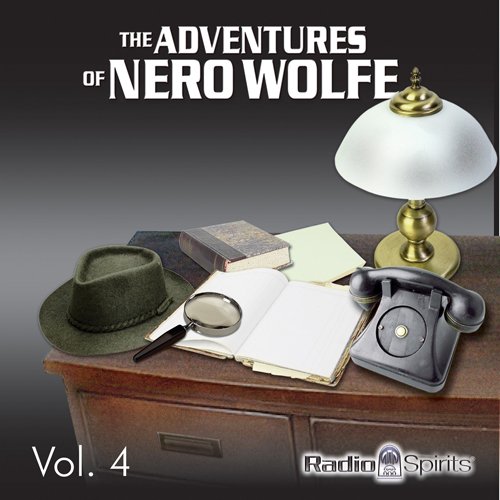 This collection of the Adventures of Nero Wolfe contains five episodes of the classic radio series:

These programs feature Nero Wolfe, a character who made his name in 46 novels, movies, and a television series. His first appearance on radio was April 7, 1943. The great character actor Sydney Greenstreet played Wolfe from 1950-51. The "gargantuan gourmet" solved crimes with an attention to detail that rivaled the great Sherlock Holmes. The overweight detective of Rex Stout's novels refused to leave his elegant brownstone on business, sending his wisecracking, two-fisted assistant Archie Goodwin out to do his legwork. This peculiar private investigator preferred tending to his beloved orchids over solving crimes. In fact, the only reason he worked at all was to keep up his lavish lifestyle.