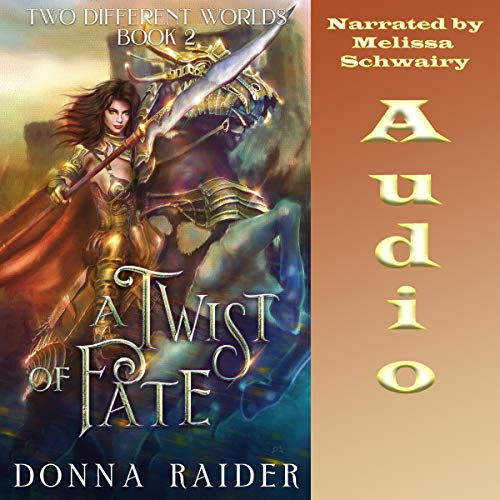 A Twist of Fate

Demons took her wife. Hell would never be the same after Leah Cross finished with it!

Mika and Leah Cross tempted the gods with their love. Mika, a female priest, and Leah, a powerful witch, strive for balance in a world gone mad when their two different worlds collide. When the emissaries of evil kidnap Mika and their children, Leah is their only hope for survival. The former wicked queen reverts to her evil ways in order to save her children and the only woman she has ever loved. Will the gods forgive her trespasses done in the name of love?

In A Twist in Time, book one of the Two Different Worlds series, Priest Mika Cross falls in love with witch Leah Anthal. Mika obtains permission from the church to wed Leah, and the two embark on a journey to save mankind.

Mika and Leah have arrived in New York to chaperone their son, Richie, during his band’s appearance at Carnegie Hall. Mika is familiar with the city, but it is new and fascinating to Leah.

Mika is an angel, neither female nor male, but an entity from heaven where there is no such thing as gender. Mika first appeared to Leah as a man. Leah killed him. Mika’s second attempt at wooing the beautiful witch was as a woman. Leah fell in love with her, thus Mika has retained the female form.

The beautiful Leah is one of the most powerful witches in the world. Her love for Mika gives her the strength to overcome her occasional desire to do wicked things to her adversaries.

The two immortals are just beginning their lives together and learning about one another. This audiobook begins when Leah and Mika transport to the New York apartments Mika has owned for years.