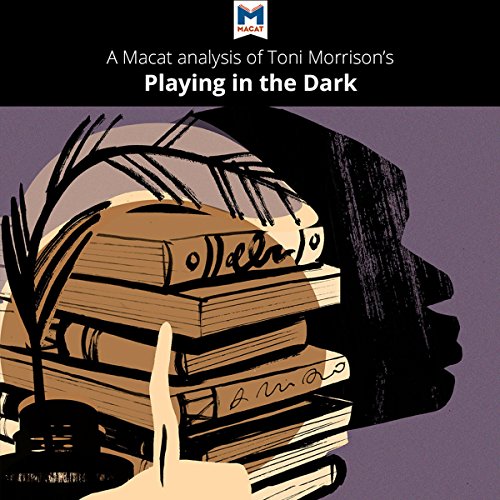 A Macat Analysis of Toni Morrison's Playing in the Dark: Whiteness and the Literary Imagination

A Macat Analysis of Toni Morrison's Playing in the Dark: Whiteness and the Literary Imagination

Winner of the Pulitzer Prize for fiction - and the first black woman to win the Nobel Prize in literature - novelist, orator, and outspoken public intellectual Toni Morrison is best known for her novels. In Playing in the Dark, however, she enters the realm of literary criticism.

Morrison, an African American, draws attention to the often-overlooked significance of race in literature, demonstrating "the impact of racism on those who perpetuate it". She demonstrates that the quintessentially American literary themes of freedom and individualism depend on the existence of a black population that was manifestly not free.

Reading the racial language between the lines of classic American fiction, Morrison shows that literature is never raceless, and that the equating of whiteness with universality is the problematic element that literary studies has been overlooking. Morrison denounces a "color-blind" approach and asks that we open our eyes to the realities of race, representation, and power.