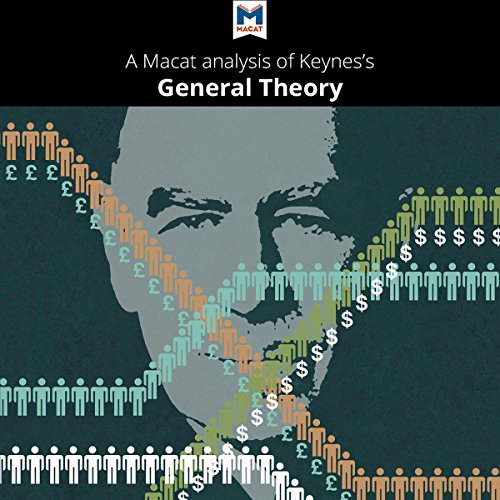 A Macat Analysis of John Maynard Keynes's The General Theory of Employment, Interest and Money

A Macat Analysis of John Maynard Keynes's The General Theory of Employment, Interest and Money

Classical economics suggests that market economies are self-correcting in times of recession or depression and tend toward full employment and output. But English economist John Maynard Keynes disagreed.

In his groundbreaking 1936 book The General Theory of Employment, Interest and Money, Keynes argued that traditional economics has misunderstood the causes of unemployment. Employment is not determined by the price of labor; it is directly linked to demand in the economy. Keynes believed market economies are by nature unstable and so require government intervention. Spurred on by the social catastrophe of the Great Depression of the 1930s, Keynes set out to revolutionize the way the world thinks about and understands economics - and in this he succeeded.

In the latter half of the 20th century, Keynesian economics became mainstream policy for most Western governments. Although his ideas fell out of fashion, the global market turmoil in the opening decade of the 21st century once again saw interventionist government fiscal and monetary policy based on Keynesian thinking.

That was disappointing. As the first Macat Analysis i tried I found it overly repetitive and lacking in depth on the theories from the book.
The narrator seemed eloquent but once I paid attention to her voice I could here she was reading (well) the script with little knowledge of the book itself.

If you hope this will shortcut your economic exams, all you will get is that Keynes is famous for his counter classical ideas.