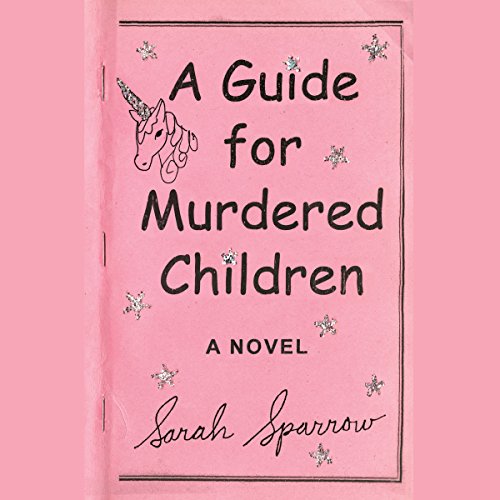 A Guide for Murdered Children

A Guide for Murdered Children

"In her astonishing thriller, Sarah Sparrow has joined the ranks of Shirley Jackson and Stephen King. A warning: there is no safe place to read this book." (David Cronenberg)

Terrifying, thoroughly original and hauntingly written, A Guide for Murdered Children is a psychological thriller - and otherworldly surprise.

We've heard it said that there is no justice in this world. But what if there really was? What if the souls of murdered children were able to briefly return, inhabit adult bodies, and wreak revenge on the monstrous killers who stole their lives?

Such is the unthinkable mystery confronting ex-NYPD detective Willow Wylde, fresh out of rehab and finally able to find a job running a Cold Case squad in suburban Detroit. When the two rookie cops assigned to him take an obsessive interest in a decades-old disappearance of a brother and sister, Willow begins to suspect something out of the ordinary is afoot. And when he uncovers a series of church basement AA-type meetings made up of the slain innocents, a new way of looking at life, death, murder - and missed opportunities - is revealed to him.

Mystical, harrowing, and powerfully moving, A Guide for Murdered Children is a genre-busting, mind-bending twist on the fine line between the ordinary...and the unfathomable.


I bought the book because of the striking color and the title. I like morbid stories.

The book was a bit confusing for me at the beginning, because (for me) almost too many different people and plot strands were introduced and I confused the names.
But I listened through it, and the mess soon cleared up.
The story is not a thriller, but it is exciting and I was drawn more and more into the plot. The different actions are condensed more and more beautifully and there was no more danger of confusion.

I liked the speaker too, a pleasant voice.